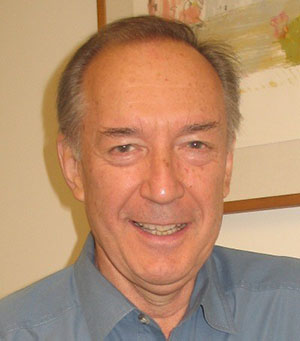 Born in Rome, Italy, Emilio Bizzi received his M.D. from the University of Rome, and his Docenza from the University of Pisa. Joining the faculty of MIT in 1969, he rose to serve as Director of Whitaker College of Health Sciens, Technology, and Management, and susequently to serve as Chairman of the Department of Brain and Cognitive Sciences. In 2002 he was named an Institute Professor, the highest honor awarded to faculty at MIT. Currently he serves as Institute Professor Emeritus.

Dr. Bizzi’s primary reseach interest is the central nervous system and how the brain translates signals that handle the enorous complexity involved in making even the simplest movement. One of his key discoveries is that groups of muscles are activated synergistically by circuits of neurons in the spinal cord. He has shown that these synergies represent fundamental building blocks for assembling repertoires of complex movements that might be used to restore limb movements compromised by stroke or muscle injury. He also studied how motor control is affected by stroke damage and how computational anaysis of motor control can be harnessecd to improve rehabilitation methods in patients sufftering tramautic brain injury (TBI) such as stroke.

He has and continues to collaborate with many institutitions, including Spaulding Rehabilitation Hospital in Boston, MA, neurosurgeons at Massachusetts General Hospital and San Camillo Hospital, Venice Italy.

He is a member of the National Academy of Sciences, National Academy of Medicine, and the American Academy of Arts and Sciences, where he served as President for three years. He has been elected to the Accademia dei Lincei, Rome, and awarded a degree "honoris causa" in Biomedical Engineering, University of Genova, Italy.

He has won awards for his research and academic work including the W. Alden Spencer Award and the Hermann von Helmoltz Award for Excellence in Neuroscience, and is the recipient of the President of Italy Gold Medal for achievements in science and the Empedocles Prize.

He has authored numerous publications over the years, including text books, journal articles, reviews, and abstracts.