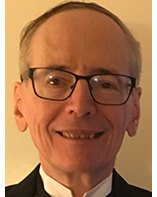 Tobin Marks is Vladimir N. Ipatieff Professor of Catalytic Chemistry, Professor of Materials Science and Engineering, Professor of Applied Physics, and Professor of Chemical and Biological Engineering at Northwestern University. He obtained a BS degree in Chemistry from the University of Maryland and a PhD in Inorganic Chemistry from MIT. His major recognitions include the U.S. National Medal of Science, the Spanish Principe de Asturias Prize, the Materials Research Society Von Hippel Award, the Dreyfus Prize in the Chemical Sciences, the National Academy of Sciences Award in Chemical Sciences, the American Chemical Society Joseph Priestley Medal, and the Israel Harvey Prize. He is a member of the U.S., European, German, Indian, and Italian National Academies of Sciences, the U.S. National Academy of Engineering, the American Academy of Arts and Sciences, and the U.S. National Academy of Inventors. He is a Fellow of the U.K. Royal Society of Chemistry, the Materials Research Society, and the American Chemical Society. He has received 150 other awards, honors, and visiting professorships. Marks has published 1355 peer-reviewed articles and holds 192 issued U.S. patents. He holds Honorary Doctorate Degrees from the Hong Kong University of Science and Technology, the University of South Carolina, the Ohio State University, and the Technical University of Munich.