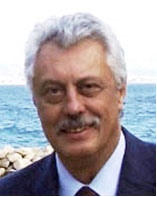 Professor Ruggeri is an Emeritus Professor of the University of Bologna, and he became a full professor of Mathematical Physics in 1980. He is the author of 280 publications, almost all in international journals, including several books. His research activity is dedicated to various problems of mathematical physics and applied mathematics; in particular, he has given significant results on the propagation of non-linear waves and in classical and relativistic continuous media. In the first field, he has produced original and widely cited contributions concerning the symmetrization of hyperbolic systems of balance laws when they are compatible with a convex entropy density and non-linear problems concerning acceleration and shock waves. In the field of non-equilibrium thermodynamics, he was one of the founders of modern Extended Thermodynamics. Together with Ingo Mueller, he wrote the well-known book Rational Extended Thermodynamics (Springer-Verlag, 1993 and 1998), which has over 2200 citations and is considered a seminal book in studies on thermodynamics non-equilibrium. This theory connects the macroscopic scale (continuous approach) and the mesoscopic scale (kinetic theory). Recent articles include polyatomic gases, moderately dense gases, and gas mixtures in the theory. These latest results are collected in recent books written in collaboration with Masaru Sugiyama: Rational Extended Thermodynamics beyond Monatomic Gas (Springer, 2015) and Classical and Relativistic Rational Extended Thermodynamics of Gases (Springer, 2021). According to Google Scholar Citations, Prof. Ruggeri has at the present 8949 citations with h-index = 43 and i-index = 133 and belongs to the list of Top Italian Scientists.
He is also a member of the Academia Europaea, a member of the European Academy of Sciences and Art, a member of the European Academy of Sciences (EurASc), and the Academy of Sciences of Bologna Naples, and Messina.
He has been invited as a plenary speaker in various international meetings and was visiting professor in many Universities (Stanford, Brown, Paris, Berlin, Seoul, Taipei, Mumbai, Hong Kong, Sydney, Kyoto, Beijing, etc.).
He is an associate editor in several journals and has had many students who are now professors. He was also Director of the National Group of Mathematical Physics and President of the Scientific Committee of the Istituto Nazionale di Alta Matematica.
For more information, see the home page at http://www.dm.unibo.it/~ruggeri/