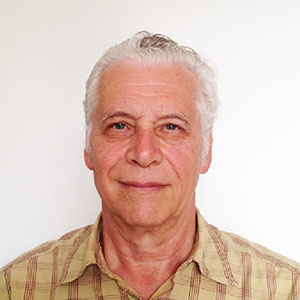 Gabriele Veneziano did his undergraduate studies at the University of Florence where he received a Laurea in physics in 1965. After a year as researcher in Florence, he moved to the Weizmann Institute in Rehovot, Israel, where he pursued his studies towards a Ph.D. in physics, title he received in 1967.
From 1968 to 1972 he was first a research associate and, subsequently, a visiting assistant and associate Professor at MIT (Cambridge, Mass.). At MIT he mainly worked with Prof. Sergio Fubini on developing further the “Veneziano” model he had introduced in the summer of 1968 just before moving to the U.S. Their results contributed much to the identification of string theory as the underlying basis of the Veneziano model and its generalizations. In 1972 he returned to the Weizmann Institute as full Professor. During the years 1972-1976 he also held a joint appointment with the theory division at CERN, where he would spend much of the time left after fulfilling his teaching duties in Israel.
In 1976 he was offered a long-term position al CERN, converted a couple of years later into a permanent full time position. He first turned his research activity to the newly formulated theory of quantum chromodynamics (QCD) studying both perturbative (hard processes, jets) and non-perturbative (large-N expansions, U(1)-problem) aspects of it.
He then moved to the study of supersymmetric extensions of QCD and of non-perturbative aspects therein.
When string theory made its comeback in 1984 as a (presumably consistent) theory of quantum gravity, Veneziano shifted his interests to the consequences of string theory for two main gravitational phenomena: i) The physics of very high-energy gravitational scattering and black-hole formation (from 1987, mostly with Daniele Amati and Marcello Ciafaloni) and ii) stringy modifications of primordial cosmology and a new view on the big bang (from 1991, mainly with Maurizio Gasperini). These two topics are still at the center of his research activity. Between 1994 and 1997 he was director of the theory division of CERN. In 2007, at 65, Veneziano retired from CERN. Meanwhile, he had taken a special pre-retirement plan allowing him to accept, in 2004, a chair at the Collège de France in Paris, where he taught until he retired in 2013.
In 2012-2014 he was awarded a “Global Distinguished Professorship” at NYU and, for the Academic year 2015-2016, he held the “Cattedra Enrico Fermi” at Roma La Sapienza. He also still holds a renewable chair as “Sackler Professor” at the University of Tel Aviv.