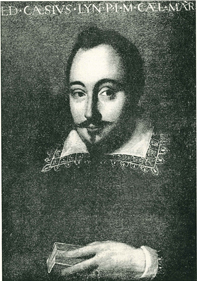 Federico Cesi (1586-1630) was a Roman-Umbrian patrician with a passion for the natural sciences, especially botany. In order to promote and cultivate these studies, in 1603 he founded in Rome a fellowship with three young friends; the Dutchman Giovanni Heckius (Italianised as "Ecchio"), and two Italians, Francesco Stelluti and Anastasio de Filiis both from Umbria. This fellowship was named the Accademia dei Lincei, [lince, Italian for lynx] for the acute vision attributed to the lynx which, in that period, was still a common species in Italy. This animal was soon adopted as the symbol of this learned company of scholars. The focus of the Academy, under Cesi's vision, was to study all the natural sciences from a liberal and experimental viewpoint, free from any traditional encumbrance or authority. This was the great novelty that characterised the Lincei from the other scholarly academies which were to take root in Italy in the 1500s and 1600s. The Lincei focused its interests particularly on the natural sciences, whereas the greater part of the other academies was more literary and erudite. Although respectful of the Aristotelian-Ptolemaic tradition predominant in those times, it was not bound by this as was apparent in its new and experimental approach to scientific research which sometimes was called into question. 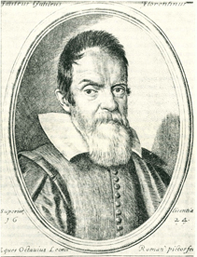 This was immediately clear from the start of the new Academy, which from 1611 included among its members the great Galileo Galilei. Also, in those early years, the Academy grew according to Cesi's generous plan to include many other Italian and foreign scholars from outside the Galilean school of thought, such as the Neapolitan Della Porta and the German Faber (Schmidt), who was also Chancellor of the Academy. Many important publications and research on astronomy, physics and botany are attributed to this ancient core group of scholars whose activities are well recorded in the official annals (Lynceographum) of the Academy. Among these works, we can cite the studies on sunspots and the well know ‘The Assayer’ by Galileo (The Assayer), and the studies on the flora, fauna and pharmacopoeia of the New World in the Tesoro Messicano (Mexican Treasure), whose incredibly laborious editing and printing process lasted for several decades, until 1651.
By this date, almost half a century from its foundation, the most illustrious phase of the Academy’s long life had already drawn to a close. Cesi’s intense activity as both leader and founder was brusquely interrupted by his death in 1630 at the age of just 45. With Cesi’s premature death, his much-loved Academy was disbanded and became inactive, notwithstanding the generous contributions of Stelluti and Cassiano dal Pozzo who attempted to rescue the priceless patrimony of ideas and materials against this adverse fate.
For more than two centuries, many attempted to renew its prominent name and the memory of this illustrious Roman company of scholars; most important of all, was in the 1800s by the Abbot Scarpellini, with his new Academy called the “Nuovi Lincei” which focused on the study of physics and mathematics. It was only through the decisive efforts of Pope Pius IX who, in 1847 re-established a link to the Lincei founded by Cesi in the 1600s with the creation of the "Pontificia Accademia dei Nuovi Lincei".

The ultimate and definitive restitution was in 1870 through the efforts of Quintino Sella, a statesman and scientist from Piedmont. He affirmed a laic approach to science as the ideal and primary value to be cultivate in the Capital of the new Kingdom of Italy, and in 1874 gave light to the glorious institution which was to bear in its new name, and naturally qualified as "national" and "royal".
In that vibrant and decisive century in the history of Italy, Sella’s new Academy was generally considered as the heir to the Cesian tradition.
Sella's broad and far-sighted vision was to expand the scientific horizons of the Academy from the physical, mathematical and natural sciences—to which the Academy was dedicated in the 1600s—to also include the "moral" or humanistic sciences (history, philology, archaeology, philosophy, economics and law). Its first statutes emanated in 1875, to be followed by others, defined the new composition of its members.
Through Sella’s restoration efforts, the Accademia Nazionale dei Lincei is now made up of two classes, one for the physical sciences and the other for the moral sciences or humanities. Its current statutes foresee a maximum of 90 Italian members for each class and the same number of foreign members and corresponding members who are co-opted annually. Under this new composition which leaves the initial organisation more or less untouched, the Academy has continued its work for over a century in this new reincarnation representing one of the most antique and prestigious heritages of European and international scientific research. Illustrious members from Righi and Pacinotti to Fermi, Pasteur to Röntgen and Einstein, from Mommsen and Wilamowitz to Comparetti, Croce and Gentile, all Olympians of scientific research of their time, have filled its annals and the halls of the prestigious Roman Palazzo Corsini alla Lungara, built in the 1700s, which thanks to the efforts of Sella was assigned by the then Kingdom of Italy as the official seat of the Academy. But during the 1900s, the events of that same nation were also to echo through the corridors of this peaceful seat of science.
The Accademia dei Lincei founded by Cesi was inspired by a spirit of free and liberal modern inquiry combined with "divine love"—in the words of its founder—with an open and inquiring rather than dogmatic approach to religion. Sella’s resurrected Academy was the lay and liberal child of the Italian Risorgimento.