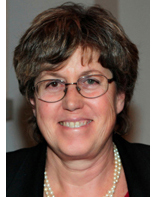 Marcella Frangipane is Full Professor of Prehistory and has taught Prehistory and Protohistory of the Near and Middle East and Strategies and Methods of Archaeological Research at the Sapienza University of Rome for undergraduate, master and PhD degrees. She is also International Member of the National Academy of Sciences (USA), corresponding member of the Deutsches Archäologische Institut in Berlin and corresponding member of the Archaeological Institute of America. She is the author of more than 170 publications in international journals and volumes, among which 4 books. She has been, till 2018, the Editor in Chief of the journal Origini and the Series Studi di Preistoria Orientale (SPO), all published by the Sapienza University of Rome. She is the Editor of the monograph Series Arslantepe, where the final results of the excavations at the site are published. M.F. has participated in field research in Mexico, Italy, Egypt and Turkey, becoming field vice-director of the Sapienza excavations at the Late Predynastic site of Maadi (Egypt), and, in 1990, the director of the Italian Archaeological Project in Eastern Anatolia (excavations at Arslantepe-Malatya and Zeytinli Bahçe-Urfa, Turkey). The Arslantepe Project, where Prof. Frangipane has worked since 1976, is the core of her research activity and the main inspiration of her research interests for themes such as the rise and early developments of hierarchical and unequal societies, the rise of centralised economies, bureaucracy, and the State in the ancient Near East, with particular reference to Mesopotamian and Anatolian environments. For her research at Arslantepe, Prof. Frangipane has received the Discovery Award by the Shanghai Archaeology Forum (China 2015); the Vittorio De Sica Prize for Science (Archaeology) (Italy 2015); and Rotondi Prize to Art Saviors (Italy 2017). She has also received the honorary PhD by the University of Malatya (Turkey) and the titles of Cavaliere Ufficiale dell’Ordine al Merito della Repubblica Italiana and Cavaliere dell’Ordine della Stella della Solidarietà by the President of the Italian Republic.