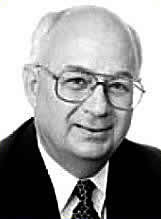 Dr. Hester is a native of Texas and now lives in Leander, Texas. His BA in Anthropology was from the University of Texas at Austin in 1969, and his Ph.D. was awarded at the University of California, Berkeley in 1972. He taught for more than 30 years at UT-San Antonio and at UT-Austin. At UT-San Antonio, he was the founding Director of the Center for Archaeological Research (1974-1987) and subsequently served as the Director of the Texas Archeological Research Laboratory at UT-Austin. He took early retirement at UT-Austin in 2003. The greater part of his research has been done in Texas, where he has directed many excavations in southern and south central Texas, the lower Pecos, and at the early Spanish missions on the Rio Grande in Coahuila. He also directed 15 seasons at the Maya site of Colha in Belize, the intial seasons in conjuction with the Centro Ricerche Ligabue (Venice). He has also done field work in Egypt, Mexico, California, and Montana, and is the author of more than 600 published books, monographs and articles. He is Professor Emeritus of Anthropology at UT-Austin. The Texas Archeological Society presented him with its Lifetime Achievement Award in 2013.