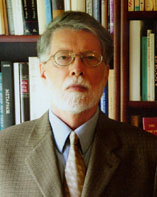 Donald Phillip Verene (Ph.D., L.H.D.) is Charles Howard Candler Professor of Metaphysics and Moral Philosophy and Director of the Institute for Vico Studies at Emory University. He was Chair of the Department of Philosophy at Emory (1982–88), editor of the quarterly journal Philosophy and Rhetoric (1976–87), and editor of New Vico Studies (1983–2010).
His work is concentrated in the history of European philosophy, philosophy of culture, philosophy of literature, philosophy and rhetoric, and the traditions of Italian Humanism and German Idealism. He is the editor or co-editor of 12 books and author of 20 books and over 200 articles, essays, translations, reviews, and encyclopedia entries. A number of his books, as well as many articles and essays, have been translated into German, Italian, Spanish, Bulgarian, and Japanese. A special issue of Clio vol.23 no.4 (1994) is dedicated to articles interpreting his work.
He was Visiting Fellow at Pembroke College, Oxford University (1988) and received an honorary Doctor of Humane Letters from Knox College (1990). He was President, Hegel Society of America (1992–94); Director, Folger Library seminar on Vico (1994); Visiting lecturer, Italian Institute for Philosophical Studies (Naples, 1994); Visiting Professor in Italian Studies, University of Toronto (1994); Visiting Research Fellow, University of Rome “La Sapienza” (1996); and was President, Metaphysical Society of America (2008–2009). He was awarded the Galileo Prize (Pisa, 1998). He received the Founder’s Medal for Lifetime Achievement in Philosophy, Metaphysical Society of America (2018).